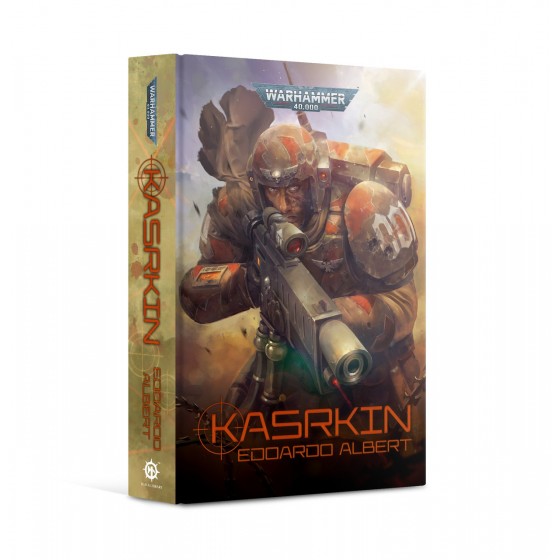 An Astra Militarum NovelAn elite squad of Cadian Kasrkin are tasked with a critical mission behind enemy lines. They must rescue their general in xenos-held territory before his dangerous knowledge falls into enemy hands. But not all is as it seems...READ IT BECAUSESee the legendary elite soldiers of Cadia in action as they take on a mission so dangerous it could only be trusted to troops with their training and equipment.THE STORYWhen the perfidious t’au bring down a valkyrie containing an Astra Militarum general on the besieged Imperial world of Dasht i-Kevar, all could be lost – what the general knows could break the war effort, and see the planet fall under the control of the vile xenos.Only the Kasrkin stand a chance at bringing him back. They are the elite of the elite, but the enemy that Captain Bharath Obeysekera and his squad are called upon to fight is unlike any they have faced before – the desert itself, endless and implacable.With sandstorms cutting them off from support, Obeysekera has only his soldiers to rely on. As the Kasrkin journey deeper into the wastes, they begin to realise they’re not the only hunters searching for the missing general, and that their war has caught the attention of something ancient lurking beneath the desert sands…Written by Edoardo Albert