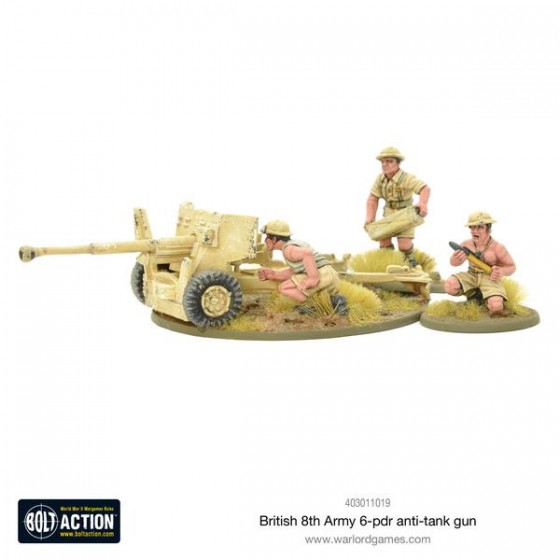 The QF 6-pdr was the highly successful replacement for the 2-pdr, being copied by the Americans as the 57mm gun, M1. Its useful lifespan was extended by new developments in ammunition that improved its armour penetration capabilities, allowing it to knock out Panthers and Tigers from the flank.

Although supplemented by the 17-pdr, it was never entirely replaced and continued to serve in infantry units long after the war ended. The 6-pdr replaced the 2-pdr as the standard weapon in British tanks as it became available, but even as it did so, a replacement was being sought. Although HE shells were available, the limited size of charge meant they were relatively ineffective, making the 6-pdr less than ideal as a tank gun and leading to the development of the 75mm weapon used in British tanks such as the Cromwell and Churchill. The QF 6-pdr used by British airborne forces had a special carriage that allowed them to be towed as if they were light anti-tank guns.